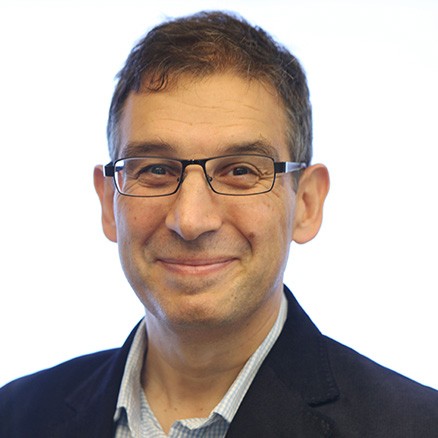 Samuel Aparicio is the Nan & Lorraine Robertson Chair in Breast Cancer Research, holds the Canada Research Chair (Tier 1) in Molecular Oncology, and is the recipient of the 2014 Aubrey J Tingle Prize. He is also Head of the Department of Breast and Molecular Oncology at BC Cancer Research, part of the Provincial Health Services Authority, and a Professor in the Department of Pathology and Laboratory Medicine at UBC.

Dr. Aparicio graduated in medical and natural sciences from Cambridge University (UK), clinical medicine from Oxford, and subsequently in internal medicine and pathology. After doctoral work with Sydney Brenner in Cambridge he held a Wellcome Trust Career Development Fellowship at the Wellcome/CRUK Developmental Biology Institute. From 2000-2005 he was a senior investigator in the Department of Oncology, Cambridge. He was a co-leader of the international consortium that sequenced the genome of the pufferfish Fugu rubripes in 2002. He moved to Vancouver in 2005.

Dr. Aparicio’s research program encompasses the fields of cancer genomics, mouse genetic models, high throughput screens, small molecule chemical probes and translational breast cancer research. His most recent work on the molecular taxonomy of breast cancer led to identification of new genes that could change the way breast cancer is diagnosed, and form the basis of next-generation treatments. This discovery was preceded by another breakthrough in decoding the genetic makeup of the most-deadly form of breast cancer, known as triple negative subtype. Dr. Aparicio is also working to develop quantitative measures of clonal fitness in patients, including methods for single cell genome sequencing and PDX models of human cancer. He collaborates widely with other groups, with current projects including the genomic and biochemical analysis of lymphoma, ovarian cancer, and several rare pediatric cancers. He was a co-founder of Paradigm Therapeutics (now, Takeda Cambridge) and currently Contextual Genomics Ltd. He was elected to the Royal Society of Canada in 2016 and is honored with being a Distinguished University Scholar with the University of British Columbia.