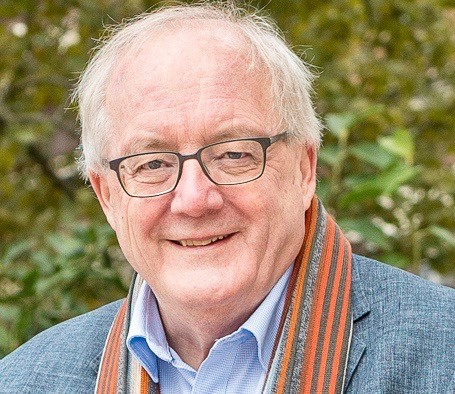 Simon Tavaré joined Columbia University in 2018 as founding director of the Irving Institute for Cancer Dynamics and professor in the Departments of Statistics and Biological Sciences.

In 2003, Dr. Tavaré moved to the University of Cambridge, as professor of cancer research in the Department of Oncology, a group leader in Cancer Research UK’s Cambridge Research Institute from 2006, and a professor in the Department of Applied Mathematics and Theoretical Physics, where he was director of the Wellcome Trust Ph.D. program in Mathematical Genomics and Medicine, and director of its MPhil in computational biology.

From February 2013 to January 2018, he was director of the (renamed) Cancer Research UK Cambridge Institute, which had become a department of the University of Cambridge in January 2013. His research focused on statistical bioinformatics and computational biology, particularly evolutionary approaches to understanding cancer biology. In 2009, Dr. Tavaré was elected a Fellow of the Academy of Medical Sciences (FMedSci), in 2011 a Fellow of the Royal Society (FRS), and in 2015 a member of EMBO. He gave the American Mathematical Society’s Einstein Lecture in 2015 and was one of the invited speakers at ICIAM2015 in Beijing. He was president of the London Mathematical Society from 2015 to 2017 and was elected a Fellow of the American Mathematical Society and as a foreign associate of the U.S. National Academy of Sciences in 2018.

At Columbia, as Irving Professor of Cancer Research, he will continue his work on cancer dynamics, statistical bioinformatics, and methods for understanding the three-dimensional structure of solid tumors at single-cell resolution, this last through membership of the CRUK Grand Challenge IMAXT project coordinated from Cambridge.

Statistical Inference for the Evolutionary History of Cancer Genomes